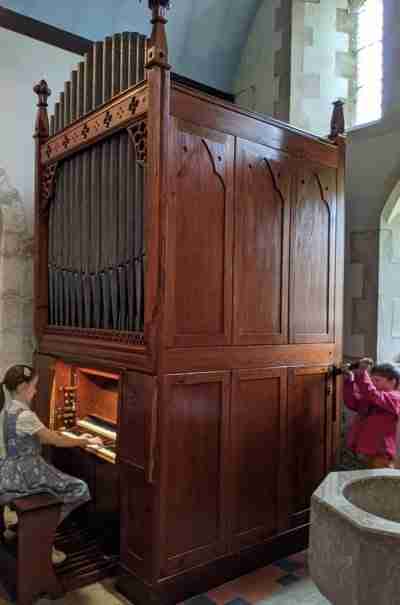 One day in early 1965, Lord Heytesbury asked me to have a look at the organ in Heytesbury Congregational Church, which stood on his land at the top of Chapel Road.  The Victorian building was due to be demolished, and he wondered if the organ was worth saving. The chapel had closed in the 1950s and although I had lived in the village for twenty years I had never been inside.  I found a delightful organ in the rear gallery, built about 1850, installed in the chapel later in the century, and still in good working order.

I immediately thought of St Margaret’s, Knook, which had an asthmatic harmonium, and discovered that the organ would fit perfectly at the back of the nave.  But its removal and installation would be a big task.

With a friend, Peter Burrows (later a distinguished GP), I had built a small organ at school; together we felt we had just about enough experience for the job. By now, Peter and I were at university and, moreover, members of the stage crew of the Dramatic Society, a rich source of practical talent.

Thus it was that one sunny Friday in the summer of 1965, half a dozen Oxford students turned up in Heytesbury for a very long week-end.  The chapel had lost its electricity supply, but the ancient lighting was still in place and failed to catch fire when we connected the fuse-box to the house next door.  This enabled us to work far into the night, my mother providing vast quantities of food and drink at all hours.

First, the 449 pipes were taken out, cleaned and transported to Knook by farm cart.  Then the mechanism, with its hundreds of moving parts, was taken to pieces, allowing the two wind chests, on which the pipes stood, to be removed.  The large bellows followed, and finally the frame with its pine casework. 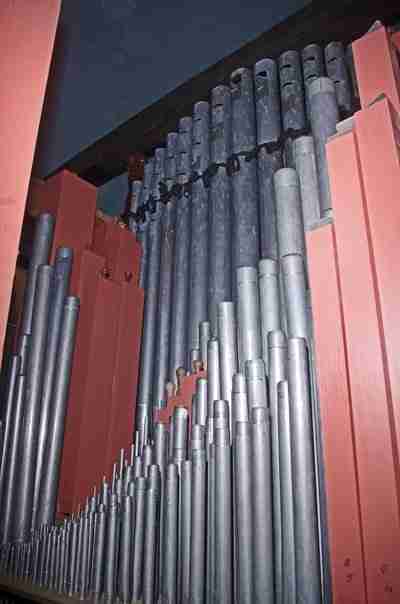 Lord Heytesbury was anxious to help, so we equipped him with a paintbrush and a five-gallon drum of woodworm killer, and he gave all the wooden parts a lethal dose as they were carried past him.  Then we were ready to begin the reverse process of re-assembly, which was triumphantly completed on the Monday as planned.  For the final process of tuning we had the help of a friendly organ builder.

The organ sounds lovely at Knook.  In the 55 years since its installation it has proved splendidly reliable.  It is still hand-blown – a job undertaken by three generations of the Pottow family; and it is Listed, like the Heytesbury and Sutton Veny organs, as being of national importance.  Now it is having a full overhaul, thanks to an anonymous donation.  Work started in January and should be finished by mid-April.